Location Producer and Fixer for Diners, Drive-ins and Dives in London 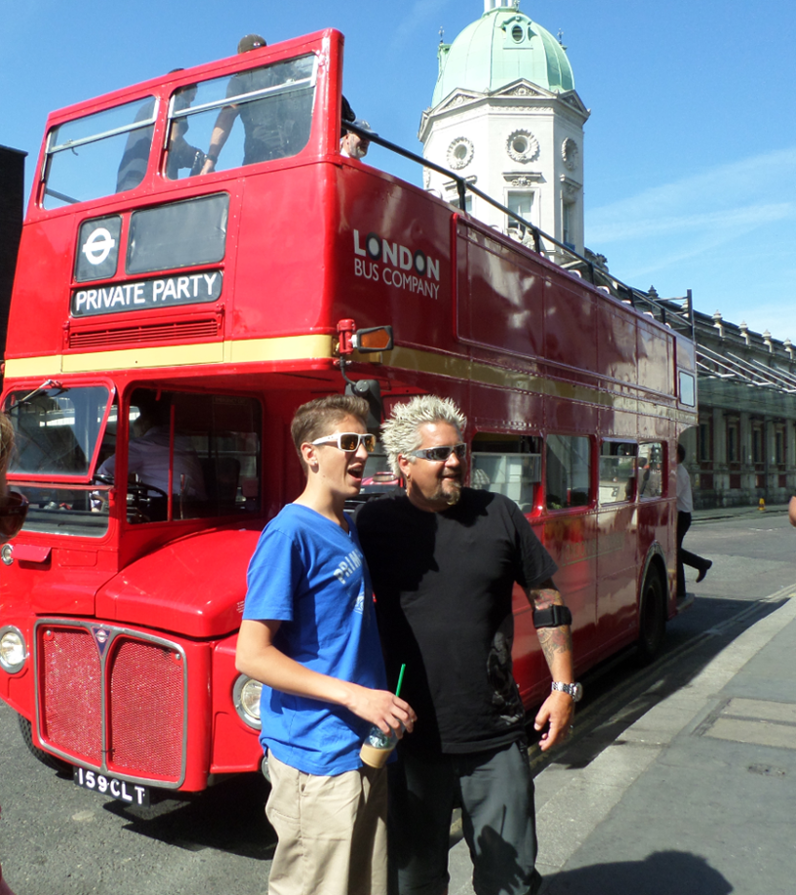 TV celebrity and restaurateur Guy Fieri heads up the enormously successful series DINERS, DRIVE-INS AND DIVES for the Food Network. We were asked to provide production services and to help find restaurants and contributors for two episodes in Season 22 in Tuscany, and one in London for Season 23.
In London, Guy’s passion for barbecue took him to Grill Stock, a new locale opened by fellow barbecue enthusiasts in North London. And of course, the ever-famous fish and chips of England, were a must-do for Guy, so we took him to Hook, a fish and chip shop in Camden. But when it came to real, traditional home cooking, we did our research and found one of the best places to eat real English food, Bird of Smithfield where the menu comes right out of every English person’s childhood. Cottage Pie, Sticky Toffee Pudding and more! The restaurant is right opposite the old meat market at Smithfield – and Guy and his son Hunter wanted to arrive in the most typical of London vehicles, so we laid on a classic, red, double decker bus!